My afternoon's work was interrupted (briefly) this afternoon by a phone call informing me there was a Silver-washed Fritillary on a buddleia nearby. I managed to 'connect' with it at the second attempt, but not until after I'd been spotted loitering by the Chief Executive... Just as well I wasn't the only one there.

It was a fantastic butterfly - a big, less-tatty version of a Comma - but it was far too quick on the wing for me to get any photos.

So here's another Painted Lady, instead: 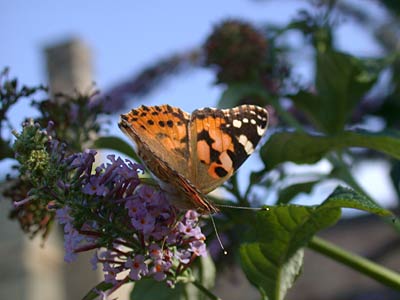 We spent some time looking after work, in case it had hung around, but there was no sign of the fritillary. Still loads of Silver Ys and Painted Ladies, and at least four Hummingbird Hawkmoths. 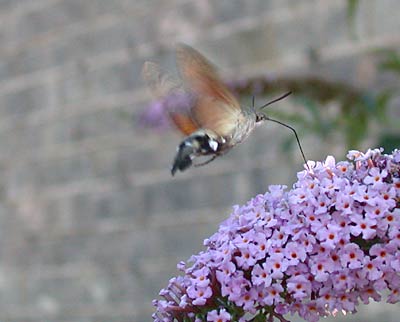 Well, there were until one of them got caught by a Hornet! 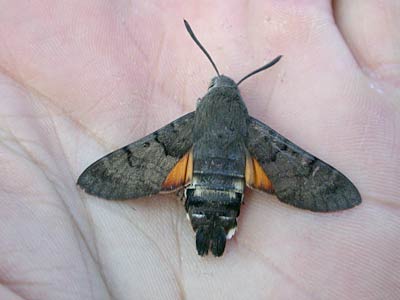 I didn't witness the event itself, but apparently the Hummer was minding its own business, nectaring along with all the other insects when a Hornet came along and grabbed it.

The moth must have received a sting before someone came to its rescue (argue about the ethics of that one, if you like, but it wasn't me!) and, despite the best efforts of those present, it did not recover.

Later, at Grafham Water (for no particular reason)... 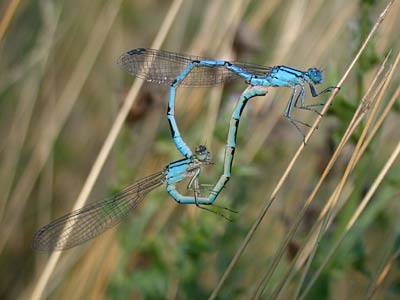 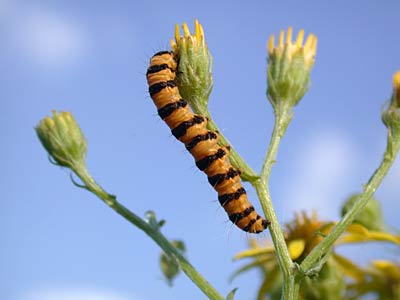 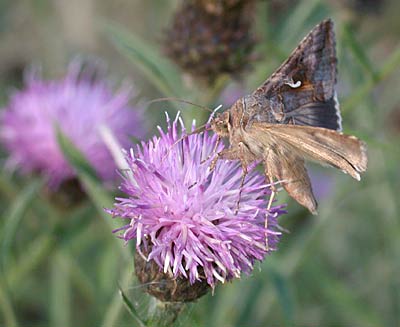 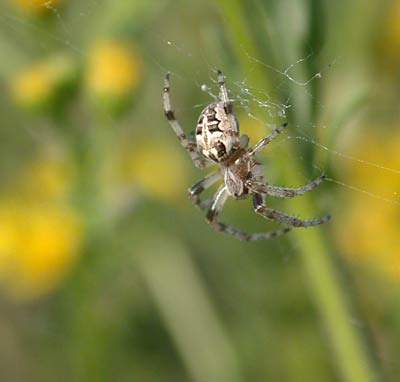 Spider on web
photos taken with Nikon Coolpix 995
Posted by Katie at 22:35