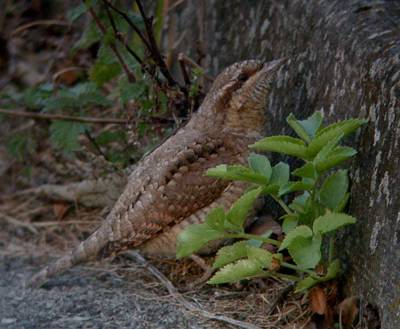 Wryneck
Click on the images to view bigger versions! 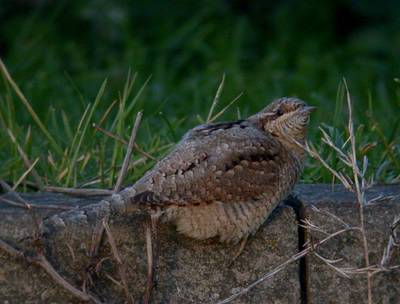 As mentioned earlier, we had a brief glimpse of the Langtoft Wryneck this morning en route to the coast. However, it was spooked and flew off. We made the tactical decision to bale out of Skeggy mid-afternoon since there was nothing there, and dropped in at Langtoft again on the offchance that the Wryneck was showing again.

We'd barely pulled into the school car-park when the bird was spotted feeding on the ground, out in the open! Though it was frightened off by a dog-walker, it soon came out again and excellent views were had by all present. The bird spent a lot of time licking up insects from between the kerb stones and on the grass - presumably ants. It hopped around quite undisturbed by us.

I think it's safe to say that it "showed well". 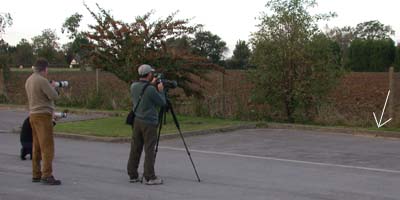 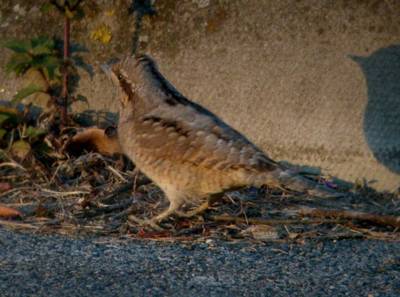 Steve and Brian, er, get down and dirty... 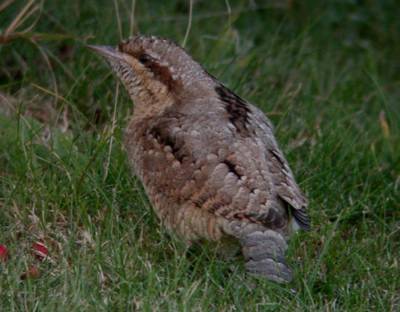 I really wanted to see a Wryneck in Cornwall the other week, but we managed to miss several. I thought there might be an outside chance of one in Lincolnshire this weekend, but I was thinking more of the coast than inland near Peterborough!

I'll take a confiding Wryneck over 50 White's Thrushes which have to be shared with an enormous crowd and need "organised searching" (ie. flushing) to see, any day! Thanks to Martin Coates and his dog for finding it yesterday. 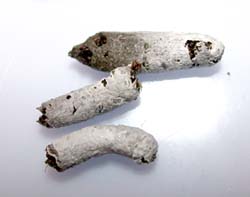 The reason I picked up these droppings (shown approximately twice lifesize, fact fans), is that I know Mike used to collect bird poo in his youth, and I thought he might like some. Alternatively, I might try to flog it on eBay...